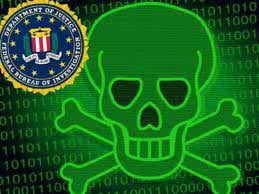 Those kind people at the FBI have been redirecting your traffic for the past 5 years. Here’s their excuse:

‘The virus, first used in 2007, hijacked users’ computers without their knowledge to generate fraudulent clicks on adverts. Although its only obvious effects were to slightly slow internet connections and to disable antivirus software, it also redirected computers to the fraudsters’ servers.

Turning that server off would have left users without any web access, so the FBI temporarily replaced it with a site to check whether visiting computers had the virus.

“If we just pulled the plug on their criminal infrastructure, the victims of this were going to be without internet service,” FBI supervisory special agent Tom Grasso told Fox News.’