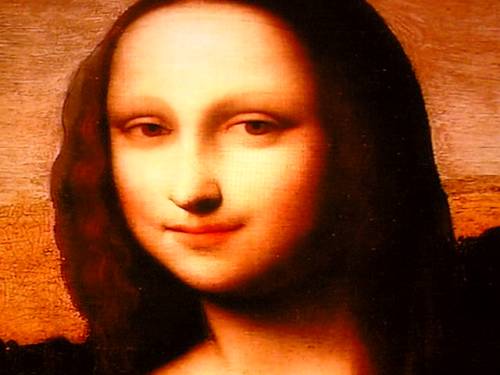 Art historians have found a 1584 reference to two similar portraits, one called the Mona Lisa and the other, La Giaconda. The one currently besieged by masses of tourists in the Louvre was the one that was bought by the French King in 1516, who kept it at his palace. In the wake of the French Revolution, it was moved from Napoleon’s bedroom to the Louvre to be put on public display. From there, it was famously stolen in 1911 so that undetectable replicas could be made for sale to private dealers. (Picasso was one of the painters questioned by police.) The conspiracy theory here is that the painting that was recovered two years later was one of the forgeries, but that the forgery was ‘authenticated’ for the sake of national honour – and the dollar value to tourism of ‘the world’s most valuable painting.’ (Other press stories have indicated that up to half the paintings on the art market may be forgeries, authenticated by greedy art dealers.)