Like a shimmering sea-shell floating in the clouds this is the magical view of St Paul’s Cathedral from 10 miles away at Pembroke Lodge in Richmond Park taken through a telescope.

As a protected view, it is forbidden by law to erect any buildings on the line of sight although when Ken Livingstone was mayor he tried to overturn this tradition.

The key to understanding the alignment appears to be phi, the golden ratio.  You ascend the mound in a spiral motion.

The ornate viewing frame is decorated with spiraling twirls 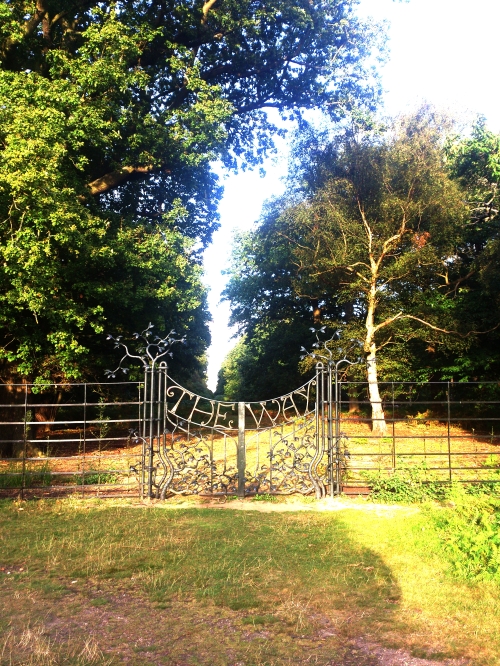 the gates of Arcadia are decorated with branches and leaves suggesting to observe the fractal nature of nature. 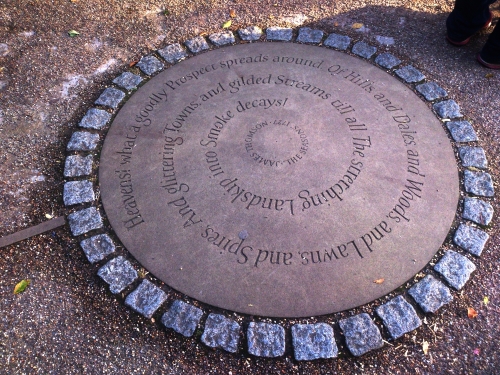 Heavens! what a goodly Prospect spreads around. Of Hills and Dales, and Woods, and Lawns, and Spires, And glittering Towns, and gilded Streams, till all the stretching Landskip into smoke decays! The Seasons James Thomson 1727

The poet marvels at the harmony of nature with human dwellings and architecture. The word ‘spire’ comes from spiral.

The focal point of the mound, St Paul’s Cathedral,  was built in the divine proportion by Sir Christopher Wren.

“Interestingly, the view in the opposite direction from St Paul’s to King Henry’s Mound aligns with the setting of the full moon closest to the summer solstice (major southern moon set). Another bronze age mound previously existed on the other side of sidmouth wood along this same alignment. This particular alignment is very common in other bronze age structures (e.g. the recumbant stone circles of n-e scotland. Also the alignment of Avebury with Glastonbury Tor, thought by many to be part of an ancient ley line, runs along a very similar angle. It seems improbable that the mound(s) were constructed to make this alignment with the site of St Paul’s/ludgate hill (thought to be the site of a pre-roman temple) but the possibility remains intriguing. The line also runs directly through 10 Downing Street…”

“In 1925 Alfred Watkins published “The Old Straight Track: Its Mounds, Beacons, Moats, Sites and Mark Stones”. It described the presence in Britain of ley lines, a mysterious grid of ancient energy paths aligning sites of religious or cultural significance like Stonehenge and Salisbury Cathedral or the Tower of London and Windsor Castle. These leys were often marked by ancient trackways, tumuli, hills or standing stones. One such ley line runs from Charing Cross, through Richmond and Bushey Park to Horstell near Woking. Another runs from St. Paul’s Cathedral and across King Henry 8th Mound, a former round barrow, near Pembroke Lodge.”