We would like to call to the reader’s attention the recent appearance of these flyers at anti-Trump rallies in America which bear a striking resemblance to flyers handed out at the 2011 London riots.

The London riots, like the anti-Trump rallies were apparently spontaneous and grass roots incidents, specific to flash point causes, which would have left anyone intent on capitalising on them very little time to organise. So why at both (and probably others) were participants handed these flyers?

We can almost guarantee there is a hidden hand in the anti-Trump demonstrations, the enemies of humanity are reeling from two defeats this year, but who would have possibly benefitted from a mass chimp-out in London, back in 2011? 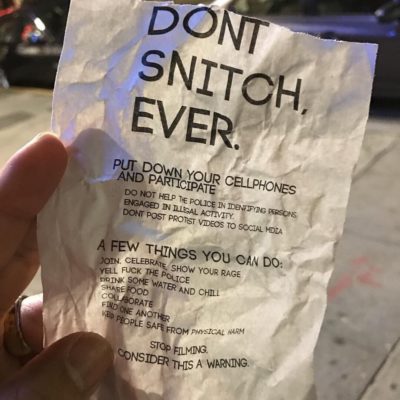