Eel Pie Island: The Birth of Rhythm and Blues

Whilst the birth of British beat and rock music is often associated with the Beatles and the Liverpool Sound of the early 1960s, this quiet corner of West London had an equal and enduring influence.

Taking the grittier sound of R&B and fusing it with their love of electric Rock and Roll, white surburban teenagers began to define the shape of British and international popular music.

In the 1960s The Eel Pie Hotel (on Eel Pie Island, Twickenham) and the Richmond based Crawdaddy Club and National Jazz Festival, along with myriad smaller live venues provided the showcase for performers who have become household names.

The Eel Pie Hotel has a long pedigree. It was a 19th century tourist attraction and in the 1920s and 30s it hosted ‘tea dances’ on its sprung dance floor.

From ‘tea dances’ to ‘jazz dances’

In 1967, Eel Pie Island was forced to close because the owner could not meet the £200,000 worth of repairs which the police had deemed necessary and squatters soon moved in. In 1969, the Club briefly reopened as Colonel Barefoot’s Rock Garden, welcoming progressive bands like Black Sabbath and the Edgar Broughton Band. In 1971, after a demolition order, the Eel Pie Island Hotel burnt down ‘in mysterious circumstances’. 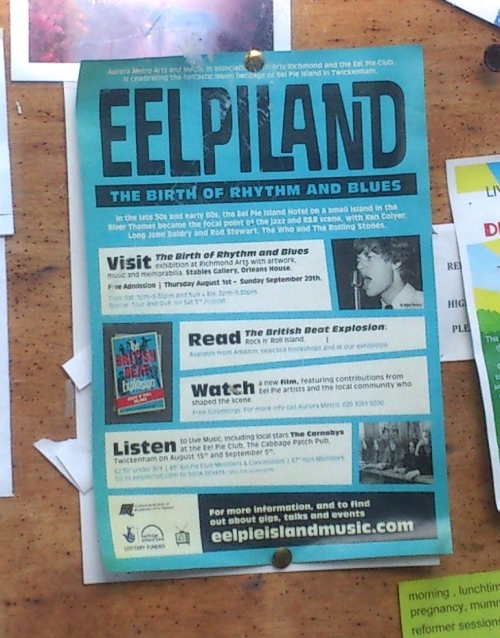 Loveshack: one of many artist studio’s on Eel Pie Island, a hippie commune isolated from the mainland and frozen in time. 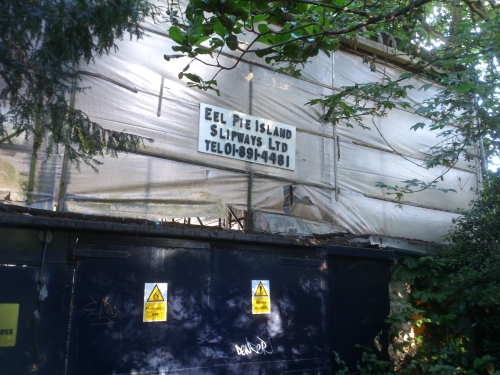