According to the ‘Pagan Prattle’  “Milton Keynes is designed so that at sunrise on Midsummer’s day, the sun is aligned directly with Midsummer Boulevard & is reflected in the mirror finish of the railway station.”

PP goes on to say:

“But the MKDC [Milton Keynes Development Corporation] have not only made some effort to evaluate and excavate the archaeological features of the area, they have also created a few ‘earth mysteries’ of their own. As Jimmy Goddard has previously noted the three parallel roads through the shopping centre are Silbury Boulevard, Avebury Boulevard and Midsummer Boulevard. And, although I have not been there to prove it, the midsummer sunrise should appear along Midsummer Boulevard, rising over the highest point in MK, the hill in Campbell Park known as the Belvedere. The terminus of this latter-day geomancy is a pond, with a powerful jet of water rising from the middle, surrounded by a circular hedge and paths leading off in the four cardinal directions.”

In the 1980s a Christian group researched the area and became convinced that Satanic forces were at work and in control of the town. Whilst remaining skeptical regarding ley lines in general being the devil’s work we do have our own reservations about MK that will be the subject of a series of posts with an ‘X-Files’ field trip planned to collect more data with which to evaluate our suspicions. 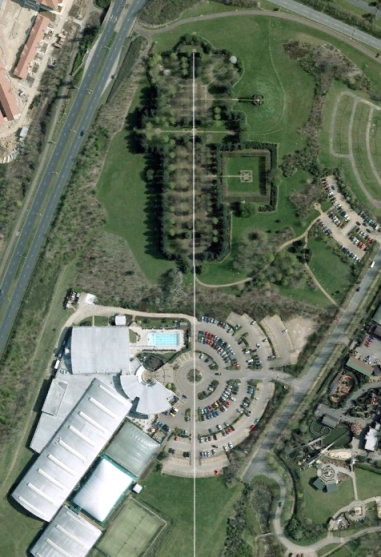 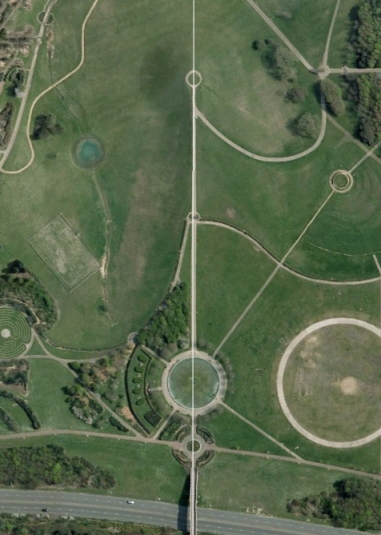